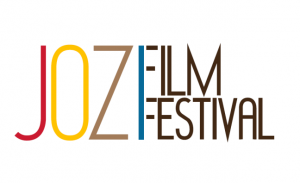 The Jozi Film Festival has come a long way since its inception four years ago. This is the second year that urban espresso has had the privilege of working with Lisa Henry (co-founder of the festival) and her incredible team, and Clodagh Da Paixao from Hollard (the main sponsor of the festival – who are incredibly supportive year after year); and each year it gets even more exciting to be part of this special project.

The festival officially kicks off this evening with the screening of Jenna Bass’ film, Love The One You Love (for which tickets are all sold out) as the opening film. The festival will run between 19-22 February, with a whole host of brilliant films showcasing the best in local and international film talent, great workshops across Johannesburg, and culminating in a fabulous award ceremony on 22 February 2015. One of the films being showcased at the festival is Garnet’s Gold – by UK filmmaker, Ed Perkins (who will be in SA for the festival over the weekend.) We briefly chatted to Ed about the film, and how it feels to have it showcased in South Africa for the first time – http://www.brucedennill.co.za/gold-standard-or-eds-note-expanded/.  Big thanks to Bruce Dennill (who is a big supporter of the arts in SA) for the opportunity to showcase the interview on his site #pArticipate.

The festival really is loads of fun, so make sure you get your tickets and check out some hidden film gems.