It all started with a red speedo run… 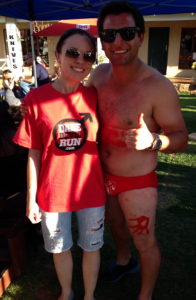 Today marks day one of a collaborative adventure with a bunch of like-minded, seriously passionate and driven individuals, which I am pretty damn excited about. Before I get into the details, let me take you back a bit – back to where it all started. With a red speedo run…

It was October 2012. I received a text from a friend about The DaREDevil Run – an annual event where thousands of men would run through peak hour traffic in nothing but a red speedo, all in the name of raising awareness and funds for cancer – a cause which is very close to my heart. I made contact with one of the organisers, a legend by the name of Kurt Solomon, to offer some assistance in driving awareness for the event through some pro-bono PR in my personal capacity – before urban espresso existed. Even though I was involved in a really small way in 2012, the event itself blew me away, and right then I knew this was something I wanted to be involved with in the long run.

Kurt and I kept in touch during the months following the run, where he was adamant that he had to introduce me to a gentleman by the name of Carel in the lead up to the 2013 DaREDevil Run. Anyone who knows Carel Nolte will know that he was (is) a pretty damn difficult person to pin down because he was (is) so incredibly busy.

Fast forward to August 2013, where urban espresso was a mere four months old, I finally got to meet Carel for the first time in person to chat about my possible involvement in the 2013 DaREDevil Run. Within 15 minutes of meeting, and being grilled by Carel (which was in essence my “audition” with him,) I was briefed that I would work alongside Kurt in helping co-ordinate the national run, and manage the PR for the 2013 run – and was subsequently told not to fuc up.

Little did I know that this “chance” meeting would be something that would change the course of urban espresso, and my own personal journey, forever.

The 2013 DaREDevil Run was one of the most incredible projects I have ever been blessed to be a part of, and more so than that, Etana and the team driving the event were of the most passionate and inspiring individuals I had ever met and worked with. Needless to say, the national event went off like a BOMB – which showed me just how essential people and passion are in making a difference, while having A LOT of fun while doing so.

In the months that followed, I worked with Carel and his team on other projects well beyond the run, which saw urban espresso and myself being challenged and motivated beyond anything I had experienced before.

Fast forward to August 2015 and in a very exciting move, urban espresso is embarking on an adventure of epic proportions with CN&CO http://www.cnandco.com/ – a consultancy driven by a group of people who believe, above all other things, in the importance and the power of those around us. The team is made up of: Carel Nolte, Kurt Solomon, Gianluca Tucci, Josie Dougall, Colin Ford, Rikus Kok, Rob Christian, Penny Hickinbothan, and myself – Gabriella Rego (Brondani.) The team’s passion and skills lie in anything to do with people and brands, with a special affinity for financial services and business-to-business operations. 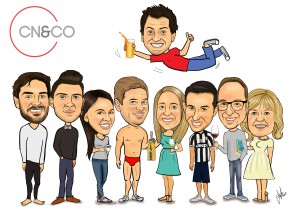 During this collab with CN&CO, urban espresso will continue business operations as usual with our existing and awesome client base which includes: STA Travel SA, Danilo Acquisto, Flume, Alerting the Media, Hayley Joy, Halo, Black Mountain, Green Robot Design, Black Pepper Properties, Atomic Marketing. Our collaboration with CN&CO will see us working together on various other projects and clients which fall under the CN&CO banner, which we are seriously excited about.

It’s amazing to think of how far urban espresso has come since the early days, and what’s even more exciting is to think of the opportunities and possibilities that lie ahead.

An adventure of epic proportions awaits, which all started with a red speedo run… 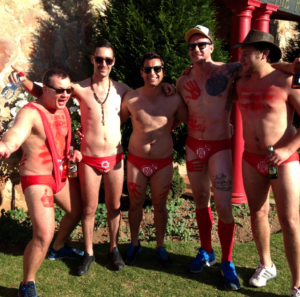