A little Monopoly fun with Lightstone 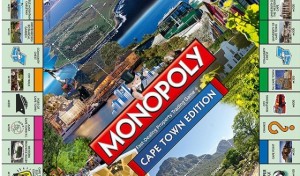 As fast as the holidays appeared, so they have ended. Board games have long been a firm favourite of families when it comes to passing time during the holiday season. One of the most popular board games of all time is Monopoly, which originated in the United States in 1903. Since the board game was first commercially sold in the 1930s, it has become a part of popular world culture, having been licensed in more than 103 countries and printed in more than 37 languages. The original South African Monopoly board game was first commercially available in 1963. At the time, Eloff Street was the highest valued property space on the board. As is clear in 2015, a lot has changed since then – in South Africa in general, and in the property market. Lightstone Property www.lightstone.co.za decided to have a bit of fun and look at the various South African Monopoly board games, comparing property popularity and values, then and now.

This is really a fun read with interesting info: http://businesstech.co.za/news/banking/107397/these-are-the-richest-streets-that-should-be-on-sas-monopoly-board/

← A beautiful Bali bucket list with Contiki
What makes a great Executive Assistant? →